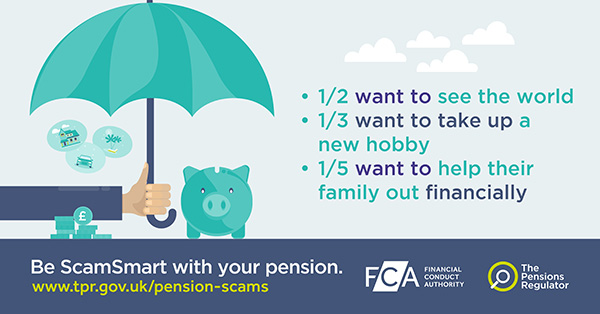 Pensions are one of the largest and most important investments we’ll ever make, and robbing someone of their retirement is nothing short of despicable. – Guy Opperman, Minister for Pensions and Financial Inclusion

The Financial Conduct Authority (FCA) and The Pensions Regulator (TPR) have joined forces to warn the public about fraudsters targeting people’s retirement savings. This warning comes as new research suggests that 42% of pension savers, which would equate over 5 million people across the UK, could be at risk of falling for at least one of six common tactics used by pension scammers.

The likelihood of being drawn into one or more scams increased to 60% among those who said they were actively looking for ways to boost their retirement income.

Pension cold calls, free pension reviews, claims of guaranteed high returns, exotic investments, time-limited offers and early access to cash before the age of 55 could all tempt savers into risking their retirement income.

It doesn’t matter the size of your pension pot – scammers are after your savings. Get to know the warning signs, and before making any decision about your pension, be ScamSmart and check you are dealing with an FCA authorised firm. – Mark Steward, Executive Director of Enforcement and Market Oversight, FCA

The research also found that those who consider themselves smart or financially savvy are just as likely to be persuaded by these tactics as anyone else.

Pension savers were tempted by offers of high returns in investments such as overseas property, renewable energy bonds, forestry, storage units or biofuels.

However, exotic or unusual investments are high-risk and unlikely to be suitable for pension savings. Nearly a quarter (23%) of the 45-65-year-olds questioned said they would be likely to pursue these exotic opportunities if offered them.

Helping savers to access their pensions early also proved to be a persuasive scam tactic.

One in six (17%) 45-54-year-old pension savers said they would be interested in an offer from a company that claimed it could help them get early access to their pension.

However, accessing your pension before 55 is likely to result in a large tax bill for the saver.

Victims are left devastated by what has happened to them. Make sure neither you nor any of your loved ones have to go through that ordeal. – Nicola Parish, Executive Director of Frontline Regulation, TPR

23% of all those surveyed said they’d talk with a cold caller that wanted to discuss their pension plans, despite the government’s ban on pension cold-calls this January.

Nearly a quarter said they would ask for website details, request further information or find out what they’re offering, even if the call came out of the blue.

Even the smartest and savviest among us can become victims of crimes and we do often have a ‘blind spot’. Sophisticated scammers take advantage of this and use powerful psychological techniques to build trust and rapport and ultimately to influence our behaviour. – Honey Langcaster-James, psychologist

Pension fraud can be devastating, as victims can lose their life savings and be left facing retirement with limited income.

As a result, the regulators are joining forces to urge pension savers to be ScamSmart and to check who they are dealing with before making any decision on their pension. Last year’s ScamSmart campaign resulted in more than 3705 people being warned about unauthorised firms.

The regulators recommend four simple steps to protect yourself from pension scams: 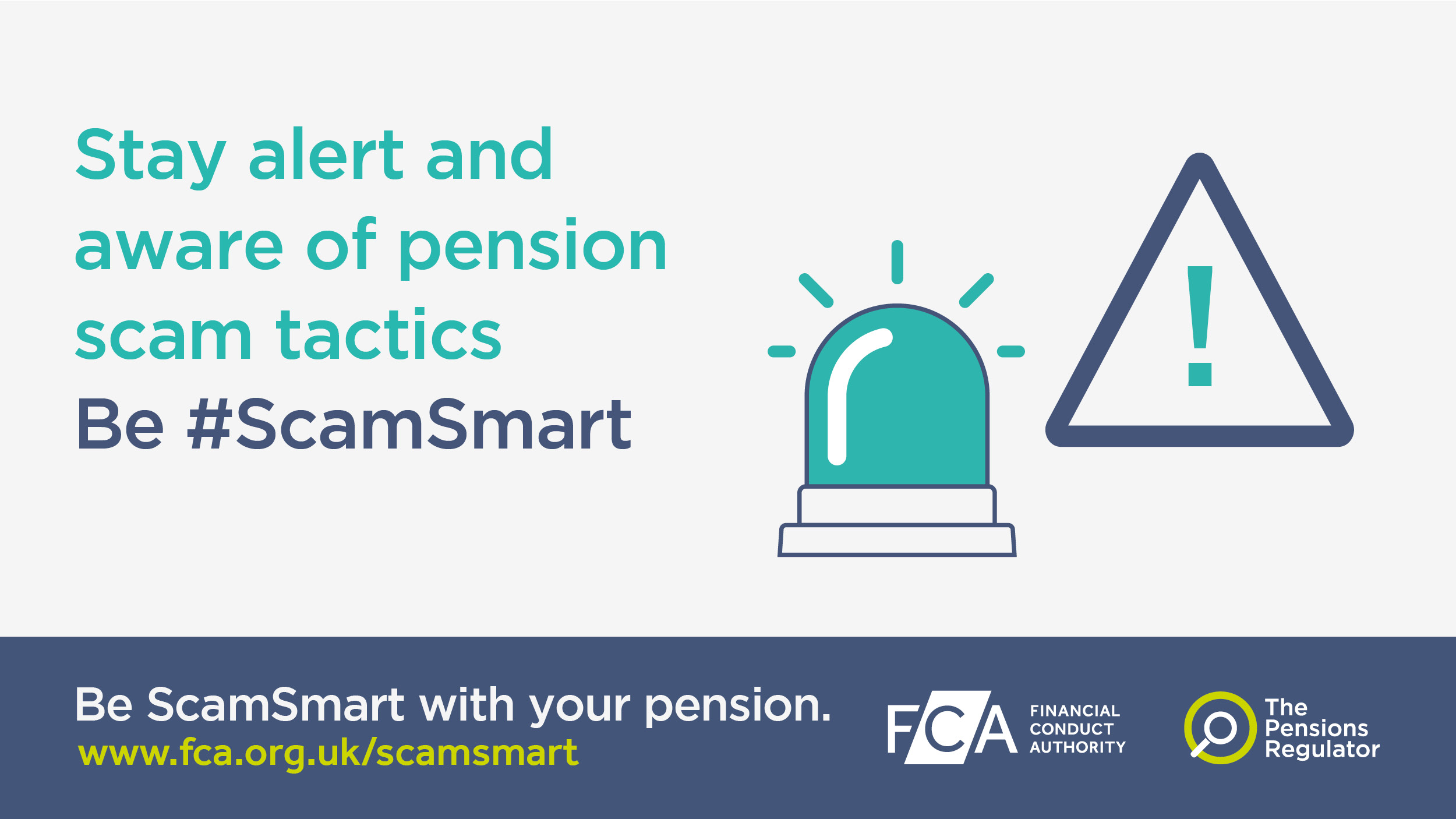 Pension savers can test how ScamSmart they are by taking a new quiz on the ScamSmart site.

How do pension savers fare when faced with six common scam tactics?

Visit www.fca.org.uk/scamsmart to find out more.