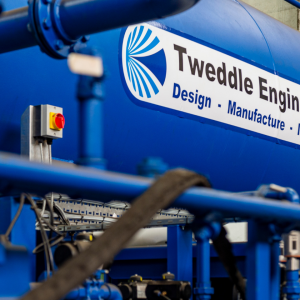 Derek Tweddle’s lifelong passion for finding engineering solutions has enabled him to build a multi-million pound, award-winning business – one which currently manufactures and supplies over 90 per cent of the UK’s timber treatment equipment.

Operating from a former hanger at Kirkbride airfield, Tweddle Engineering’s USPs are innovation and a determination to find better ways to engineer solutions.

“We question everything.” Derek says. “We look at current equipment and ask if we can improve on the way it is built and performs.”

Having started the business repairing agricultural equipment from a draughty farm building, the business grew to such an extent that in 2006, he decided to relocate the company to purpose-built premises in the centre of Kirkbride. But then fate intervened.

“I heard that one of the hangars at the airfield was available to rent,’ he recalls. ‘At the time we had only just dug out the foundations for the new building, but I knew instinctively that continuing would be the wrong thing to do – so we filled them in and moved to the airfield.”

The grant has been a game changer – all thanks to the Growth Hub team.

The extra space enabled the business to thrive and produce specialist equipment such as material-handling conveyors, trailers, pressure vessels and sawmill equipment.

When the hangar came up for sale a couple of years later Derek jumped at the chance. And the growing demand for its timber treatment and incising equipment – driven by legislative changes – persuaded him that it was time to expand even further.

In 2016 plans were drawn up for new offices enabling the business to increase staff numbers and create more production and storage capacity in the workshop.

The £335000 project also involved an upgrade to the front and rear of the hangar, removing the original sliding doors and replacing them with concrete panels, cladding and fast-action doors, and purchasing high-capacity lifting equipment.

“It was a major investment, but with the timescale involved there was no way we would have been able to pitch in all the money ourselves,” Derek recalls. “It was a case of looking for funding and getting the best advice to ensure we were successful with our bid.” 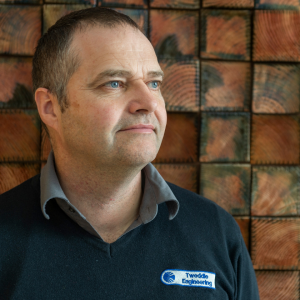 Derek approached the Chamber, who in turn introduced him to a Growth Hub adviser.

“We basically asked them what was possible, and the response was fantastic. Our advisor was very approachable and easy to work with; he guided us through the various options, gave us the advice we needed, and showed us how best to achieve the goals we wanted.

“At the end of the day, he gave us the confidence to go ahead with the project. Without his backing it might have been a decision we wouldn’t have made.”

With a £100000 Cumbria Growth Fund grant secured, Derek was able to press ahead with the expansion. And, now that it is complete, he says the effect on his business has been almost immediate.

“The design of the building means there is far greater interaction between the staff, meaning that decisions can be made quickly. In terms of productivity, the difference has been huge.”

Tweddle Engineering has now been able to build on its existing customer base in the UK and has seen a growth in export orders, particularly to Scandinavian countries.

More staff have been taken on, including two design engineers and a full-time marketing manager. There are currently 30 employees at Tweddle Engineering, and a further 12 based at its sister company, Cumbria Profiling, which specialises in flame, laser and plasma cutting.

“As a business we have always believed that it is better to keep nimble and have a diverse mix of specialisations,” Derek says. “There is no set limit to our growth, I just want to take the company as far as I can.”

There is no set limit to our growth, I just want to take the company as far as I can.

The Growth Hub continues to play a role in the development of the business. Recently it awarded a £2000 subsidy to enable Tweddle Engineering to refresh its website.

Derek says: “It’s reassuring to know they are there when we need them. Tweddle Engineering is good at what it does, but every business needs advice from time to time, especially when it starts to grow.

“Things are getting a lot busier here, and I’m delighted with the way things have gone. That said, I do sometimes think back to the days when there was just me and a welder, and how nice and simple life was then!” 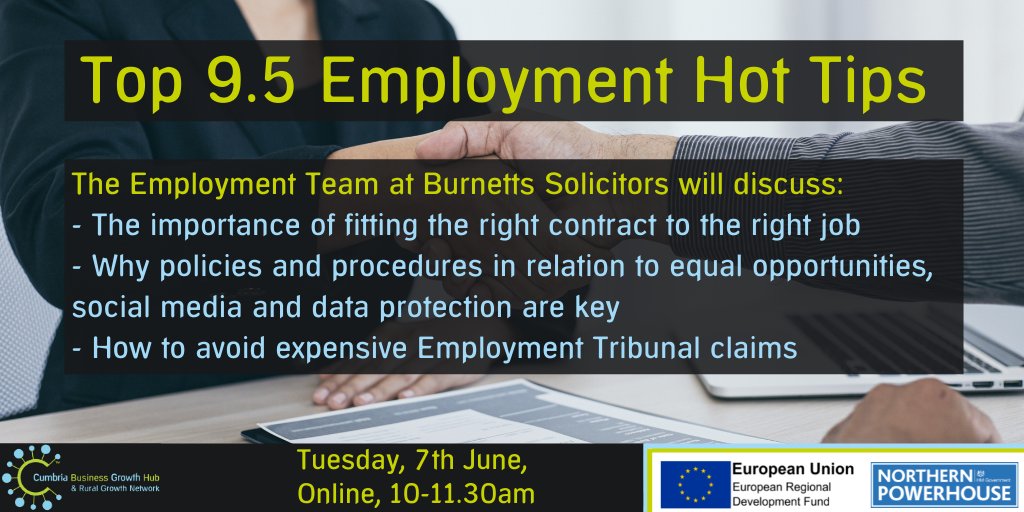 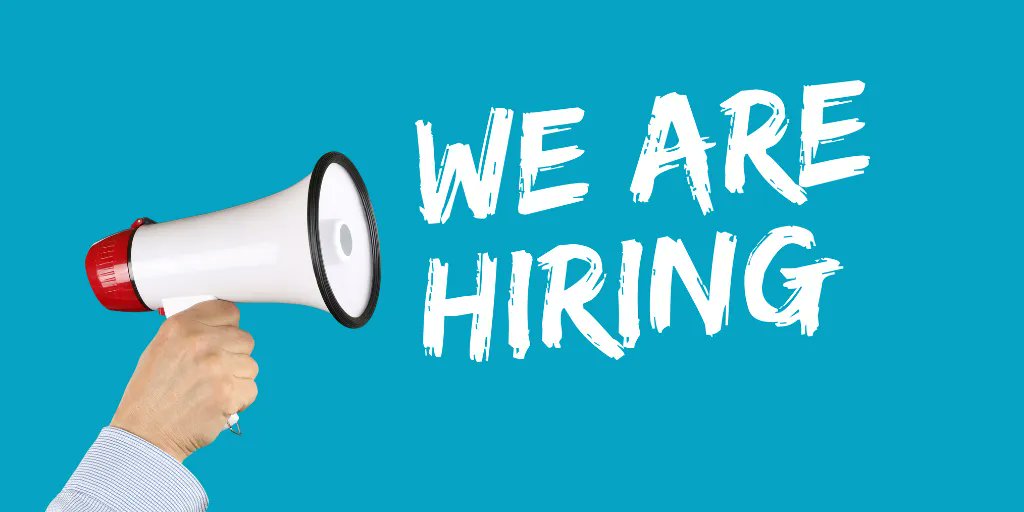 From the beginning the Growth Hub encouraged us to think global.